Welcome to the Home of the Crusaders! We are extremely proud of our student athletes, coaches, parents, and fans. Their commitment to sportsmanship at the highest level is recognized by the Florida High School Athletic Association (FHSAA). Canterbury has been a recipient of the 2A State Sportsmanship Award five times in the past 16 years. We pride ourselves in letting our coaches coach, our players play, and our spectators to spectate.

Ten members of the Classes of 2019 and 2020 have signed athletic scholarships to compete in softball, swimming, football, basketball and baseball. A total of 58 CSF graduates have received scholarships to play college athletics in the past nine years. That number speaks volumes to the dedication, commitment, and hard work by both the student-athletes and their coaches.

Athletics are an essential part of Canterbury’s mission to educate the whole child. The physical education program begins in PK3 where students learn the importance of movement and physical activity, and work to develop lifelong wellness habits. Beginning in Grade 6, students are encouraged to become a member of an athletic team. Over 80% of our students participate in at least one sport. Becoming a member of a team promotes lifelong skills such as time management, teamwork, and prioritizing to create a healthy life/school/work balance.

Kevin Bouis has coached Canterbury varsity football for three seasons. Coach Bouis earned a full athletic scholarship to play football at the University of Texas, El Paso. He was a two-year letterman at UTEP before transferring and completing his college football career at the University of Kentucky. After college, Coach Bouis played and coached professional indoor/arena football for 11 years, in which he was the head coach for five years, winning 3 national championships. In 2008, Coach Bouis was awarded a gold medal at the YMCA National Sports Achievement Gala for his work with the community’s youth.

Coach Bouis graduated from the University of Kentucky with a Bachelor’s Degree in Kinesiology (1998), received a Master of Business Administration from William Carey University (2000), and earned a Juris Doctor from Ave Maria School of Law (2012). Coach Bouis is a member of the Florida Bar and currently owns and operates his own law practice in St. Petersburg, the Bouis Law Firm. He is also an adjunct professor at St. Petersburg College. Coach Bouis is committed to developing men of character, integrity, and good sportsmanship at Canterbury.

Coach Bouis and his wife, Brooke have two little Crusaders, Bode (8) and Katie (6).

Marquel Cason has been the JV head and Varsity assistant basketball coach for two years prior to taking over as varsity head coach this summer. He has coached AAU travel basketball for three years with Jim & Heather Gills YMCA and one year with Team 727. A graduate of Northeast High School in 2011, Coach Cason was a captain of the varsity team. Under Cason’s direction, the mission of the Canterbury Crusaders basketball program is to create and sustain the level of success that Canterbury has had with winning District titles 4 out of the last five years. Cason wants to develop each student-athlete within the program into the best version of their self. Cason epitomizes the servant leadership style of coaching.

Soccer has been a major part of Milen Gaganelov's life for over 30 years, both as a player and a coach. His experience in the sport has taken him from Europe to Indonesia to Florida. As a coach, Coach Gaganelov focuses on the individual--not just as an athlete, but as a person who will learn ethical and moral values through sport. To

Coach Gaganelov, success is more than simply winning a match, it is the development of lasting character traits such as determination, loyalty, and selflessness in his players.

Assistant Football Coach Adam Fitch graduated from the Air Force Academy in 2006, where he played football under Coach Fisher Deberry. Playing the quarterback position, Adam holds the Academy single game touchdown record with 5 touchdowns against BYU in 2005. After his first assignment at Andrews Air Force Base, Adam returned to the Academy to coach football for the next 6 seasons, with 5 years spent as the head coach of the Air Force Academy Preparatory School.

Coach Fitch echoes the core principles of integrity and character that Coach Bouis brings to the football program and to the Canterbury community. He and his wife, Christine have two Crusaders, Payton (8) and Taylor (5).

Jody Moore has played softball since she was 8-years-old. She earned a scholarship from Rollins College in Winter Park, FL, to play on a developing team. This experience led directly to what she has been doing at Canterbury since 2006. When Coach Moore arrived, there was no softball program. Over the past 13 years, the softball players under her guidance have won 11 district championships, nine regional championships, and four state championships. Even more important than the achievements is the development of her softball players into well-rounded student-athletes into people of integrity. Coach Moore’s philosophy of play is to connect every aspect of the athletic endeavor with important life skills that will affect her players’ lives long after softball has ended for them.

Coach Kenneth Powell attended Our Lady Of the Lake University in San Antonio, Tx. He's married, has 8 children, and 8 grandchildren. Powell moved to Florida in 1996 to work at SPHS where he was an assistant coach for the varsity boys basketball team and head coach of the junior varsity girls basketball team. He has coached as a volunteer for Roberts Recreation Center and for Clearwater Green Wave AAU Basketball Club.

Of the four times the Green Wave made it to state, the team captured two championships and two runner-up trophies. Powell has 30 years of coaching experience in both girls and boys basketball programs. He believes in sharing knowledge to build others up and in the importance of playing a sport as a child to builds character and confidence. His favorite quote: "A good coach can change the game; a great coach can change a life."

Adam Stuck is a PGA Golf Professional, Business Development Director, and Coach for The First Tee St. Petersburg. He has been involved in the golf business for 30 years and has recently been awarded Coach of the Year 2019-2020 Pinellas County Schools. Coach Stuck has worked with all levels of players throughout his career in a variety of sports. He has been the Head Coach of the Girls & Boys Golf Team at Northeast High School the past two seasons. Northeast has won a District Championship and had one individual player advance to the Regional Championship under the two years of his guidance. Coach Stuck’s philosophy is to focus on the fundamentals of the game including the proper techniques, mental, emotional, and physical aspects of the game. Even more importantly Coach Stuck will take full advantage of every opportunity to support the student athlete in their education, character development and life-enhancing values that will have a positive impact on each player’s life far past their time here at Canterbury School of Florida. “It’s More than a Game”.

Jackie Suchanek has coached girls varsity soccer for 13 years, including three years at Canterbury as an assistant coach.  As a coach in Pennsylvania, her team won the division championship two times and has qualified for district five years in a row and reached the semi finals one year. Coach Suchanek was nominated for coach of the year in 2012.

Coaching soccer is one of Coach Suchanek's passions. She enjoys helping athletes reach their full potential on the field. This includes learning new skills, techniques, and strategies. She believes that being a part of a team is much more than counting wins and losses. It is about watching athletes become successful, and it's about the growth that occurs over not just a season but a school career.  Her main focus is on improving each athlete as an individual, which in turn benefits the team as a whole. Her athletes learn teamwork, leadership, dedication, and discipline, which is needed on and off the field. 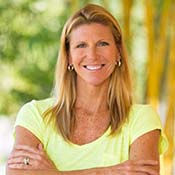 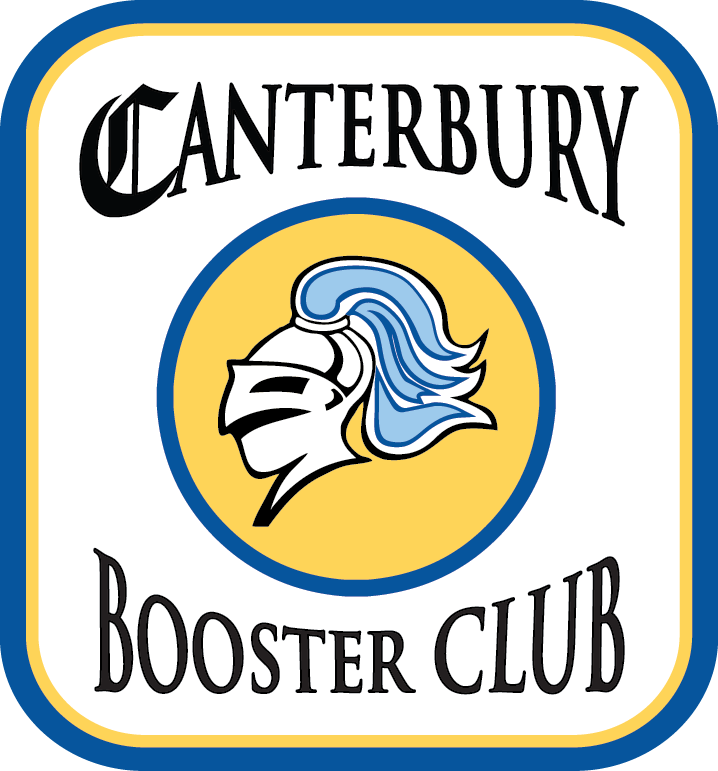 Join our Booster Club and support Athletics all year long! 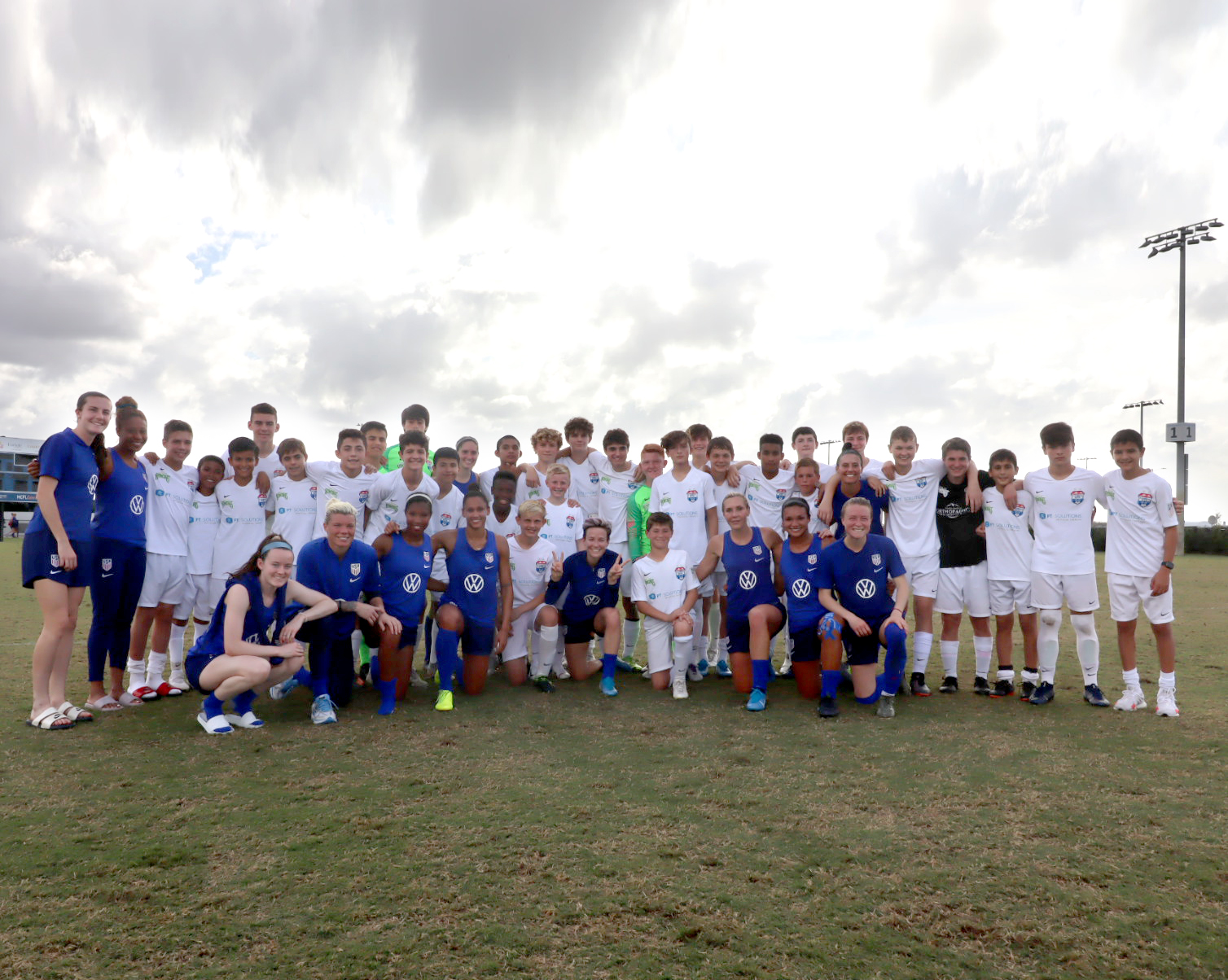 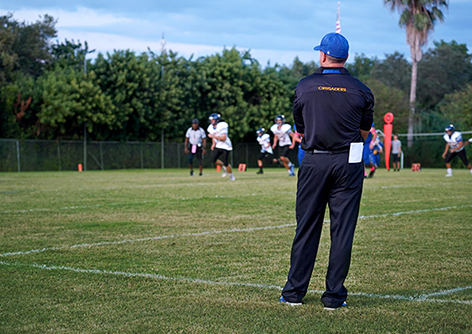 Speak to one of our admission counselors!