In a ceremony focused on scholarship, leadership, service, and character, which speaks to Canterbury’s Mission and Core Values, twenty juniors and seniors were inducted into the National Honor Society (NHS) the morning of Tuesday, March 3.

This national program is nearly 100 years old, having been established in 1921. Its commitment to these four pillars helps shape and connect future leaders through the college admission process, service projects, scholarships, and leadership development. 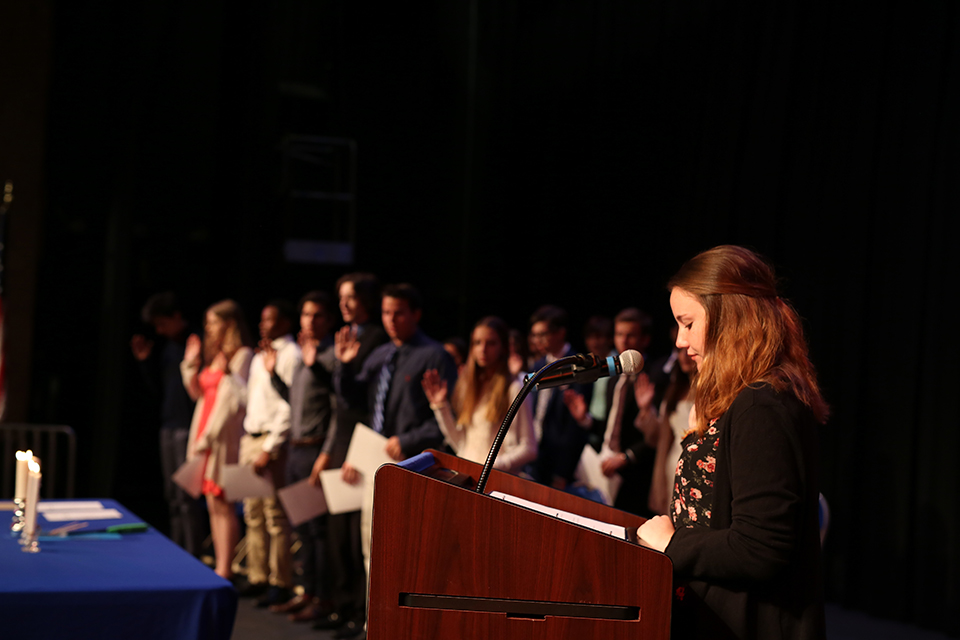 Under the guidance of math and physics teacher Paul Wyness, who has been Canterbury's NHS sponsor for 10 years, several current student-members led the ceremony. In her speech on scholarship, senior Dory Donatelli detailed what a scholar is to her.

“I think a scholar is made up of three key traits. The first of these is discipline,” she said. “You must understand that nothing can be achieved without effort. It’s working hard when no one else is looking. It’s pushing past failure and persisting even when you want to quit.”

She went on to say that a scholar has curiosity and humility.

In her speech on leadership, Maddie Fine, who is president of her class and captain of the Varsity softball and volleyball teams, said she was very shy in middle school but grew into a leader by listening, trying to do what is right and by helping others. She said she specifically remembers looking up to older kids when she was younger and always vowed to be a role model when her time came.

“I know I am not as cool or as skilled as the people I looked up to,” she said. “But to a younger person, someone older giving them the time of day and showing them that you care can mean the world to them.” 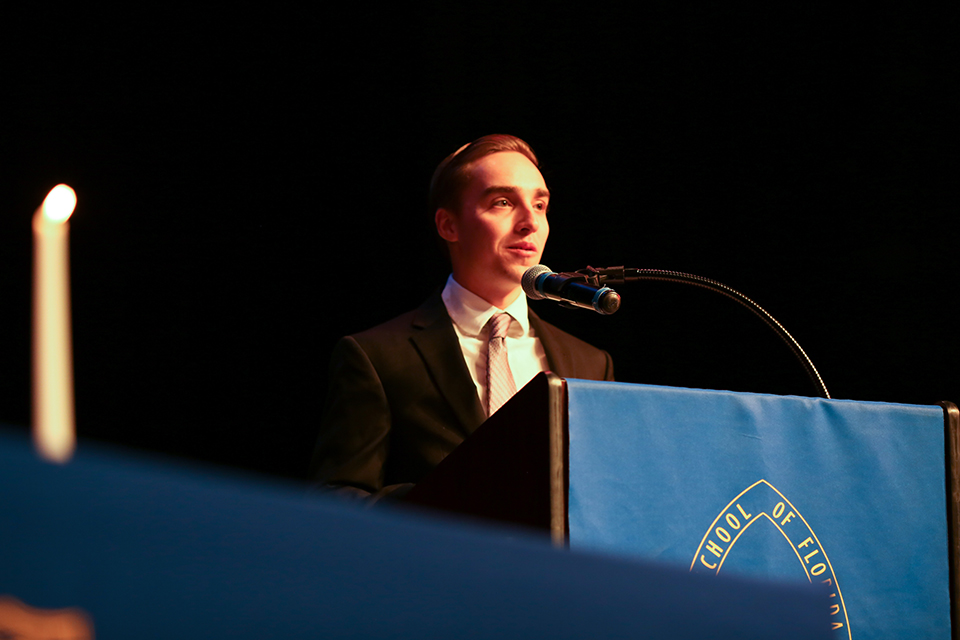 Aubrey Moorefield, an avid football and baseball player at Canterbury, focused his speech on service, explaining that service is intertwined in everything we do and that each student has a different type of service to offer.

“We serve ourselves and others in our daily lives,” he said. “Our contributions to society show how everyone can be dedicated to service in their own way. The potential to leave an impact is so diverse.

“You are all on the stage today because you have been strong leaders and scholars in your high school careers, but you have also served Canterbury and the larger community.” 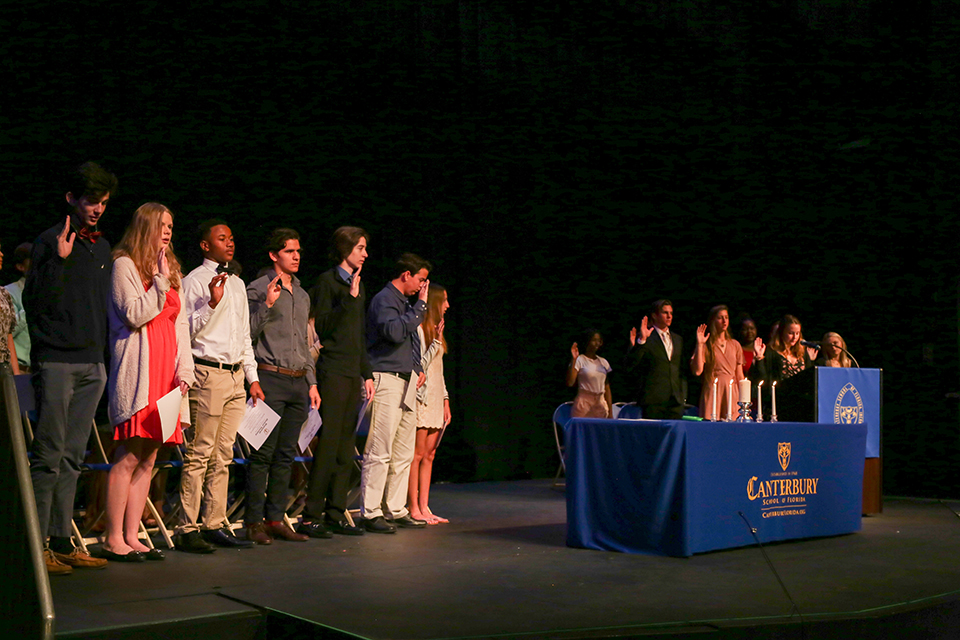 To be inducted into the National Honor Society, students must be dedicated to their school work, serve their community, be courteous toward others, and have a minimum weighted grade point average of 3.25 on a scale of 4.0. Inductees must be a junior or a senior, have attended Canterbury for at least one year, have a minimum of 30 hours of community service and perform at least 10 hours of peer tutoring prior to graduation.

Prior to new members accepting their induction by taking the National Honor Society pledge as a group, senior Joslyn Eliga spoke on character and how she defines character as who you are when no one is looking and when you are receiving no validation for your actions. 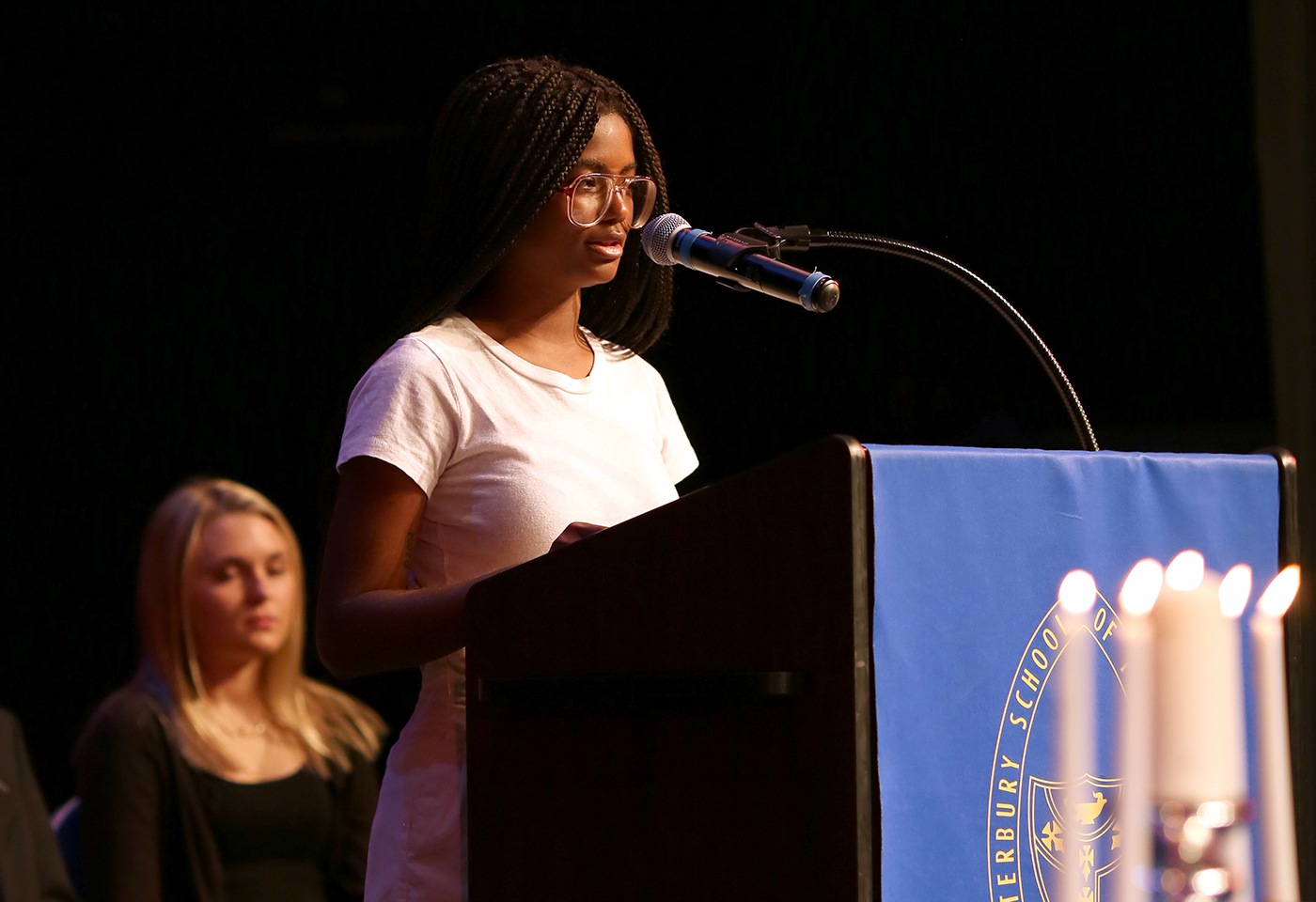 “Your character is demonstrated every day and sometimes it’s tested in ways that seem insignificant,” she said. “Character is something hard to define but easy to demonstrate.”

Molly Smith, Assistant Principal on the Knowlton Campus, wrapped up the ceremony by reminding students how important it is to celebrate academics and character-based achievements as we would athletic events or theater productions. She also reminded inductees of how important it is to lean on and recognize their “academic cheerleaders,” including parents, teachers, friends, and extended family.

“Look around -- your fans surround you everywhere,” she said. “Celebrating your success, consoling you when you are stressed, and reminding you to keep your eye on the prize!” 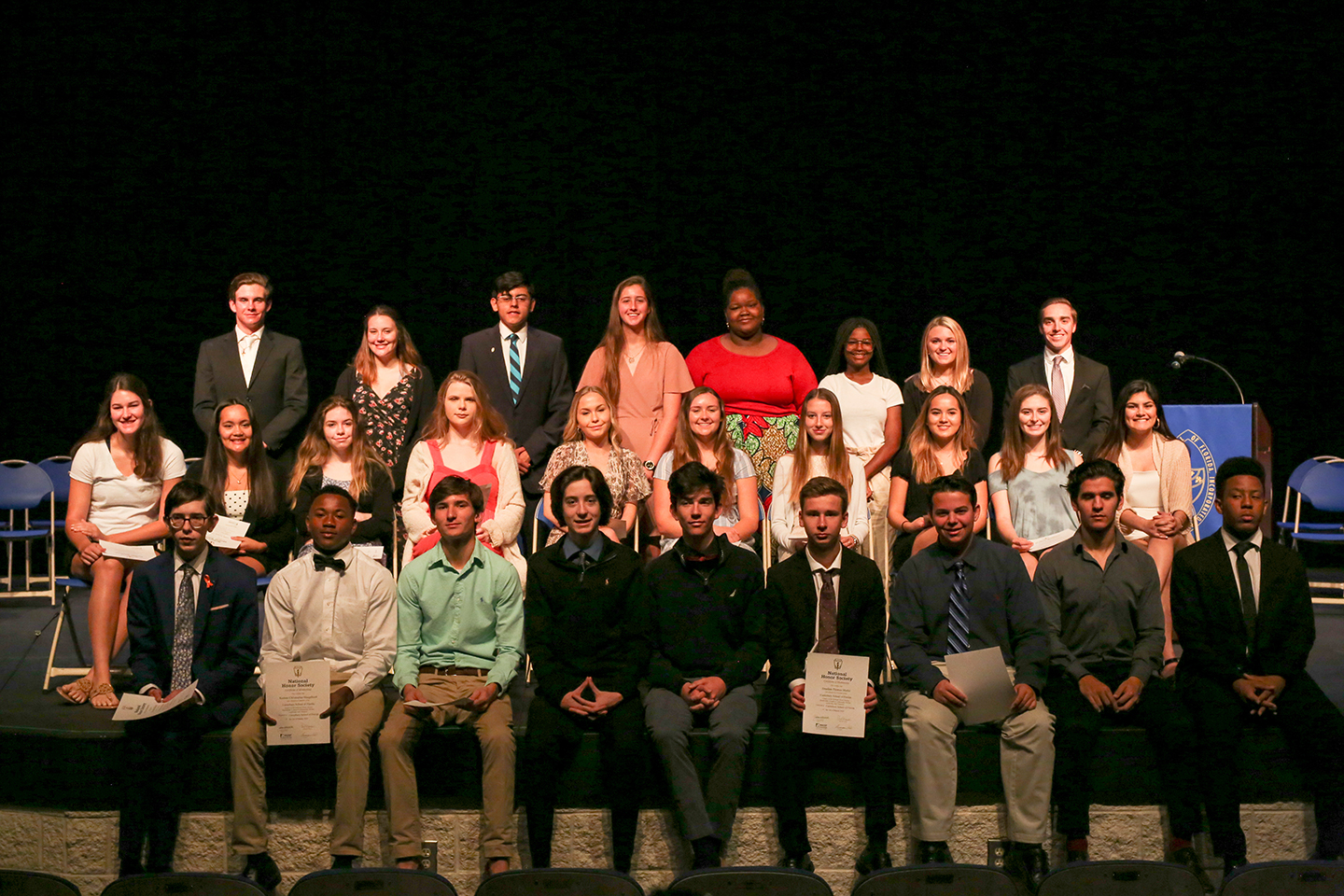