On January 9, Canterbury welcomed Brent Benner from University of Tampa to discuss college recruitment, the importance of academics, and being one’s own advocate with student-athletes and their parents. Below is a letter from Canterbury parent Dan Riggs reflecting the recruiting process.

Mr. Benner's presentation was great; as parents who thankfully have completed the whole recruiting process, everything he said was spot on with what Brendan (and Julie and I) experienced. That was a very informative session.

After the presentation, I told Coach Ric, the other coaches, and team members a story that I hope to repeat as often as I can. I hope Brendan will do the same in an effort to help pay it forward. We want everyone within reach to see how attaining the dream to play in college is possible. The boys on the basketball team can all do the same things Brendan did to make it happen for themselves. Mr. Benner's message early in his presentation to 'recruit your school and don't wait for them to recruit you’ resonated the most with me. 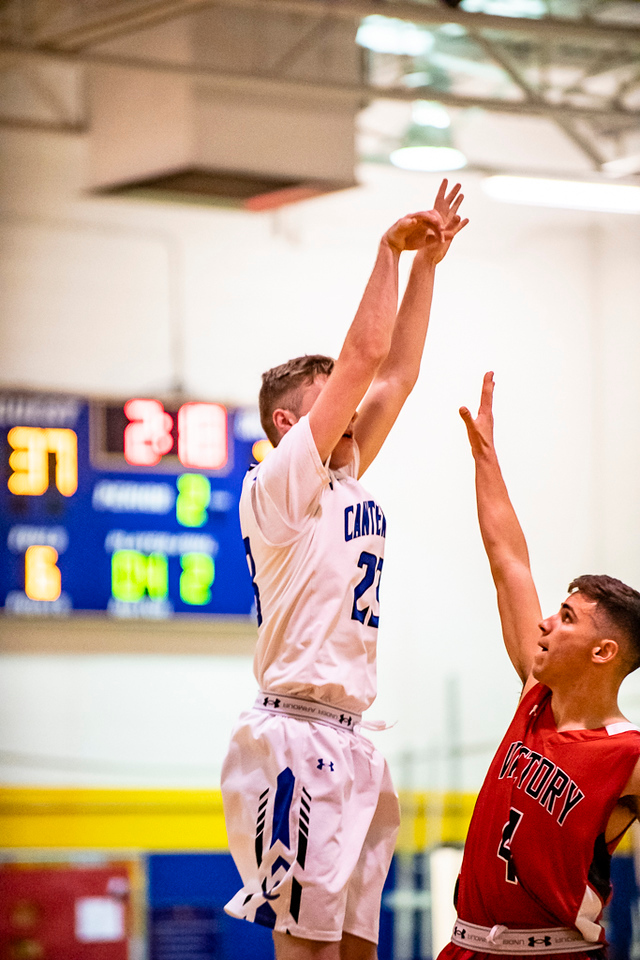 When we transferred to Canterbury in the spring of 2016, we had a meeting with Mrs. Hehn so that Brendan could hear what he needed to do in order to hopefully play basketball in college one day. The other day I ran across the original notes Mrs. Hehn gave Brendan and noticed Brendan’s check marks of completion made by each item. That meeting opened not only Brendan's eyes to what he can do to help himself, but also gave us as parents a road map for him to follow.

Brendan did everything on that list. He also created a spreadsheet listing schools, coaches, emails, dates of contact, and notes. He worked on this all summer and through his junior year, and emailed countless coaches and filled out many questionnaires. He kept track of who he contacted and when, who replied, etc. Looking back, not very many coaches responded, and some were more serious than others, but that was expected. Mrs. Hehn mentioned that possibility. Eventually, one of those communications led a coach at a small private school in West Virginia to look more closely at Brendan. The coach spotted him last summer playing in a few tournaments. That evolved into a request to come to visit campus and speak with the coach and ended up being the opportunity Brendan dreamed about. 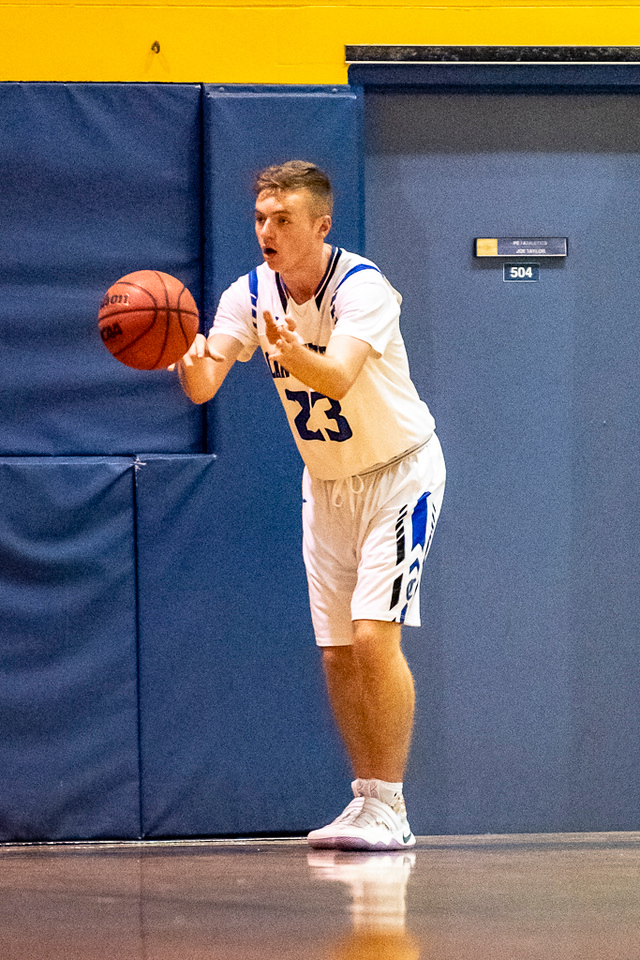 We saw the stats - only 3% of high school seniors nationwide get to play basketball at the collegiate level. Such a small number get a chance, and most days you don't see college basketball coaches roaming the Tampa Bay area to recruit kids for basketball directly unless they are part of one of the big schools. You have to make it happen for yourself, and not everyone realizes that, unfortunately. After that meeting with Mrs. Hehn, I bought a few books so I could learn about how the recruiting process works. Everything we were being told at Canterbury was everything we read, as well. We learned that even players ranked by all these services and media sometimes never get an opportunity. It takes work and Brendan realized that as well.

As Brendan moved into junior and senior year, Mrs. Young helped to guide him through the rest of the process to get us where we are today. On February 4, Brendan committed to play basketball at the collegiate level. We couldn’t be prouder. All the financials worked out exactly as Mr. Benner said it could for a D3 school. Bethany College did an incredible job of putting together a package for which we are so thankful for. Even as we discussed a few things with the financial aid office regarding some other schools he was considering, they came back and offered more.

The message I want everyone to hear is: anything is possible with hard work. Brendan worked not only on his game in the gym many mornings and evenings, but he also did the sometimes-tedious work of sending countless emails just for a chance – a chance at a dream. A dream that has come true thanks to so many people...and I hope he is proud of himself for the effort to accomplish it. I hope every student-athlete knows that no matter how difficult or impossible you think it is, it truly IS possible. Best of all, Canterbury has been there to guide and help every step of the way.

Many thanks to all of you and our Canterbury family, 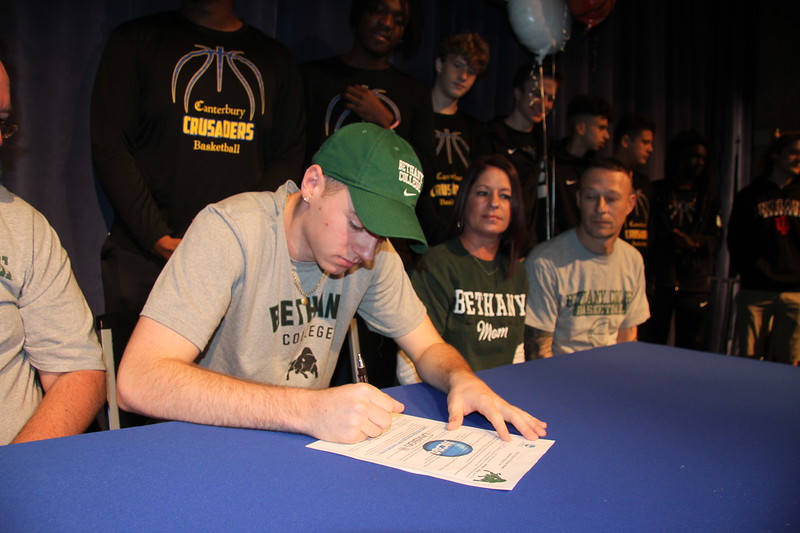 The letter from the Riggs family mentions several important points. Brendan made and followed a plan. He made lists and kept track of communication with coaches. Brendan was open to a college that wanted him but did not have the level of recognition of some others. He was also willing to play at any division.

As a counselor, in both academics and athletics, I encourage students to be open to colleges that show interest in them. The reality is that there are schools that do not need to do much to attract students. It is interesting that in other parts of life, a person wants to be wanted. Yet in the college process, most people don’t hold the same expectation. All students have the right to want to feel appreciated by the college or university they choose. It helps to be open to schools that may not have been on your radar initially.

One thing not mentioned in the letter was that Brendan chose a college that fit him beyond athletics. It is important for an athlete to consider whether the college would be a good fit without the sport. When he visited, Brendan enjoyed the feel of the campus. It had the academic program that he wanted and he felt confident that he would receive a great education in a supportive community.

Like his parents, the Canterbury community is very proud of Brendan. He is a great example of how to manage the sometimes intimidating recruiting process.