This year's varsity football team made it to the Sunshine State Athletic Conference (SSAC) semifinals for the second time in Canterbury's history but came up short 34-31. 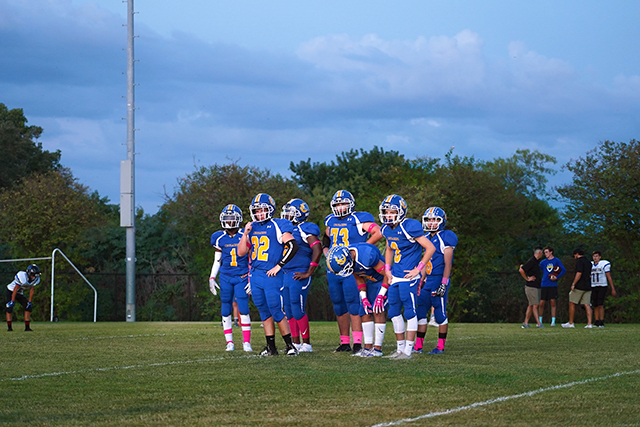 In a fight to the semifinals, our Crusaders pushed through their perceived limits to form a stronger team than they thought possible. They credit much of their success to the dedication and guidance of their coaches: Head Coach Kevin Bouis and Assistant Coach Adam Fitch. 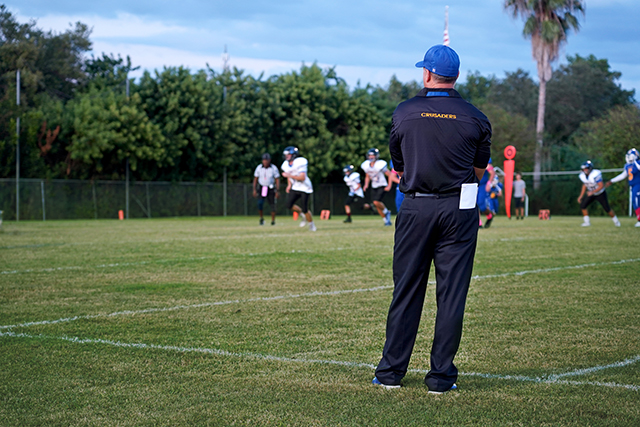 "They are great coaches, and they took time off from their jobs to come out and help us get better as a team," Senior Steven J. stated in appreciation. 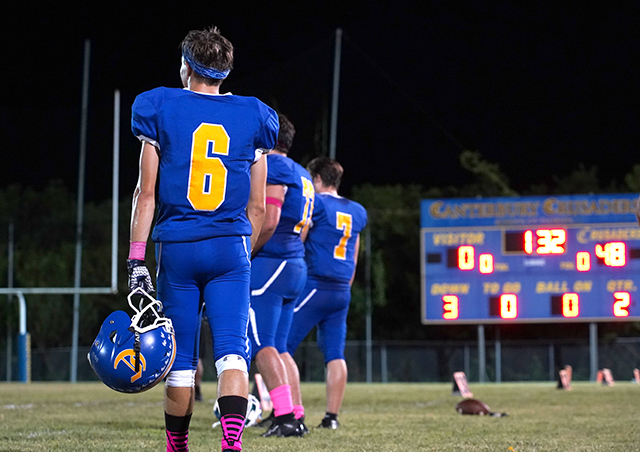 "They are absolutely GOATED (the greatest of all time)," commented Senior Kaya G.

Coaches Bouis and Fitch took a team with only a handful of returning starters to the state semifinals this year. They were only 3 points away from the state championship game.

"Our coaches have taken our student-athletes and have gotten every ounce that they could out of them. They competed with intensity and fire game in and game out. While our roster was small in number, we made up for it in heart, athleticism, and excellent coaching," said Athletic Director Monica Talley.

This dynamic coaching duo is exactly what Canterbury Athletics is all about--taking a small team with a lot of heart and outstanding coaching to achieve excellence. We are so fortunate to have a community of outstanding coaches, like Coach Bouis and Coach Fitch, to help our young athletes accomplish great things.

Coach Kevin Bouis played football at the University of Texas at El Paso and the University of Kentucky. After college, Coach Bouis played and coached professional indoor/arena football for 11 years, winning 3 national championships. In 2008, he was awarded a gold medal at the YMCA National Sports Achievement Gala for his work with the community’s youth. In 2009, he was voted in the top 10 of AF2 (arenafootball2) head coaches of all-time.

Kevin Bouis is committed to developing men of character, integrity, and good sportsmanship at Canterbury. While students are at school, he works as an attorney practicing personal injury, real estate, and maritime law at the Bouis Law Firm. He and his wife, Brooke have two little Crusaders, Bode (8) and Katie (6). 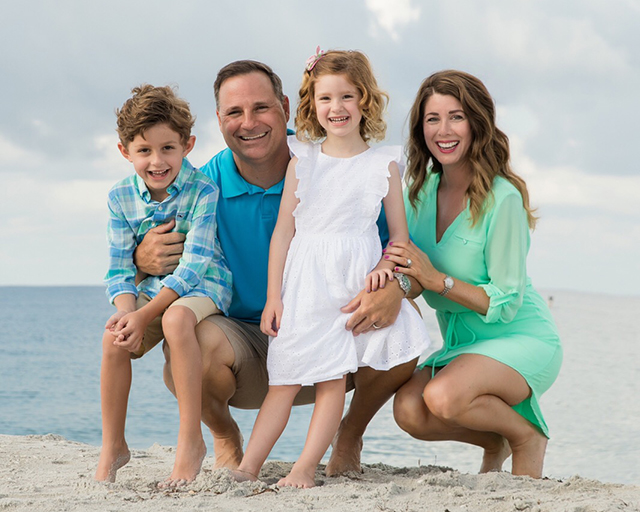 Coach Bouis was elected to be the head coach of the South team in the Pinellas County All-Star Football Classic game last year. This game highlights the best senior athletes from Pinellas County in both public and private schools. He led a team that hadn't won in multiple years to a victory. Canterbury had three starting players on that team. This year, he will lead the defense and will have two Canterbury players on his team. This annual game will be played on Wednesday, December 11 at 7:00 p.m. at Clearwater High School.

Coach Adam Fitch graduated from the Air Force Academy in 2006, where he played football under Coach Fisher Deberry. Playing the quarterback position, he holds the Academy single-game touchdown record with 5 TDs against BYU in 2005.  After his first assignment at Andrews Air Force Base, Adam returned to the Academy to coach football for the next 6 seasons, with 5 years spent as the head coach of the Air Force Academy Preparatory School.

Coach Fitch echoes the core principles of integrity and character that Coach Bouis brings to the football program and to the Canterbury community. He and his wife, Christine have two Crusader daughters, Payton (8) and Tayler (5). Christine Fitch assumed the role of Lower School physical education teacher this year. 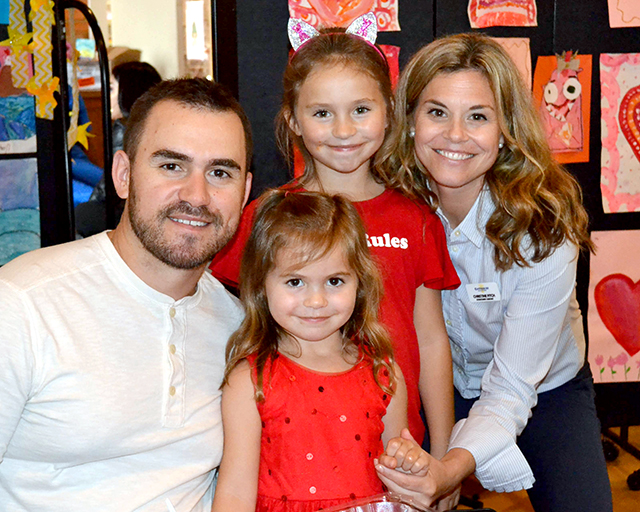