Here’s the biggest news in high school journalism lately: students no longer need to use a DSLR camera (a parent’s expensive Nikon or Canon) to take stunning photos. The very same concepts for capturing an image on a “big” camera, work very well—sometimes even better—on a smartphone camera.

In the good ol' days of shooting film, a roll of 24 cost $8-$14 to print and might yield two or three good photos. Smartphones allow literally thousands of photos with the benefit of instantly seeing your photo (and deleting if it’s not good enough), all for free! And students are never without their phones. With built-in apps or filters, students can crop, colorize, and adjust contrast and brightness right on their smartphone before they even attempt to adjust it in Photoshop. 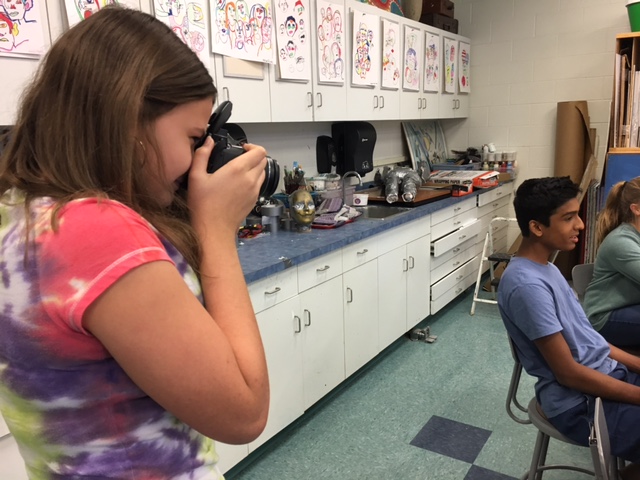 But having the right tools (or, at least, tools that make the job more convenient) is only one part of photojournalism. Most students think photojournalism simply equals photos plus journalism. “Oh, I love taking photos!” they’ll say. “I’ll take the photos, Ro!” And then they freeze. Literally.

Teaching photojournalism is not just about good pictures. It’s about getting students out of their comfort zone. Teaching them to not be afraid of taking photos of their peers, teachers, or parents is the most challenging thing of all. Turns out, many of them would rather not take on the journalism part of photojournalism.

To get over the jitters of shooting a scene, students are instructed to:

Photojournalism is a cross-curricular art. Quiet stealth, speedy assessment, and action are all required to capture those perfect moments. So if you see a student taking pictures of scenes around campus (not just selfies), please don’t call attention to them! Let them do their thing, and watch. They’re learning to be journalists. Who knows? You might be witnessing the birth of the next Robert Capa or Dorothea Lange.